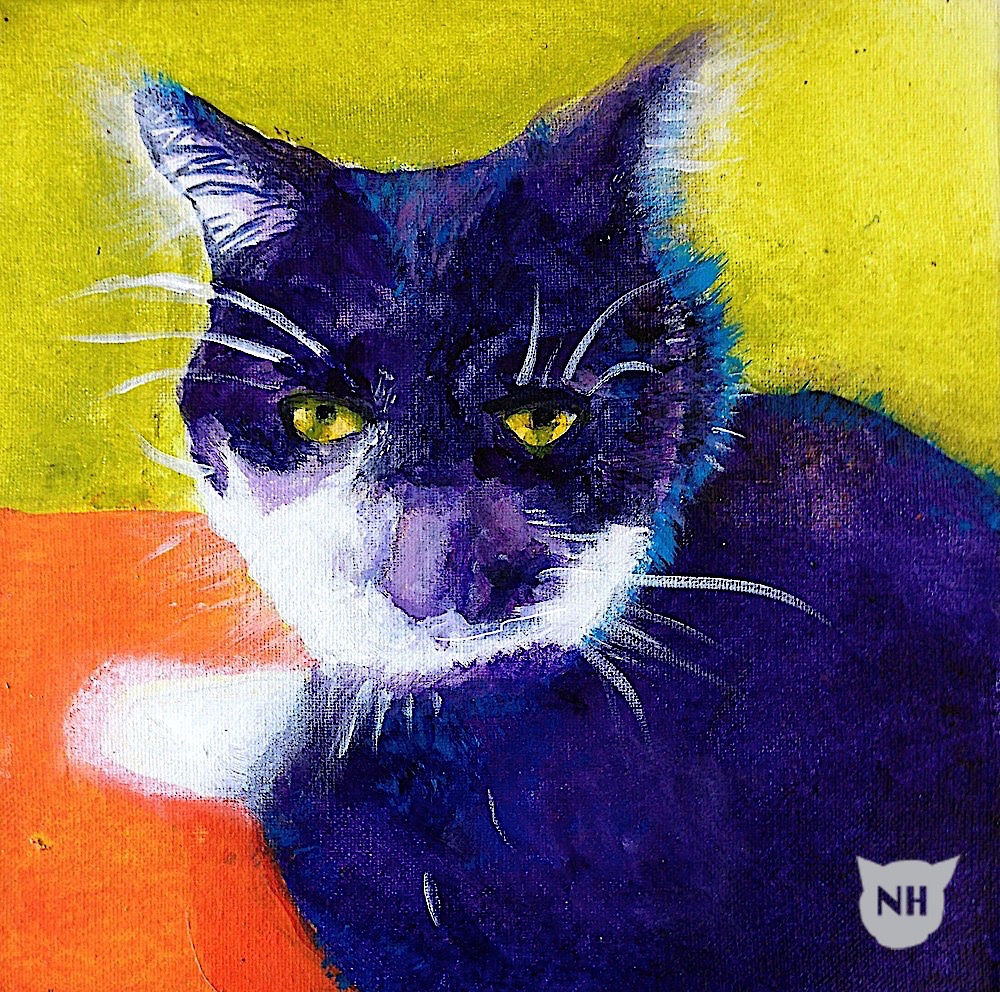 I have a broad definition of the word artist, and, as a result, my creativity includes many manifestations. I am a recently retired ESL teacher from City College of San Francisco. I try to write and draw every day; I’ve done drawings, watercolors, fabric art, and some acrylics. The heart of my creativity is cartooning. I began doing it at such a young age that I can’t remember ever not doing it. I got involved in many pursuits along the way including majoring in music and working both overseas and in the US during my rewarding 37 year career in ESL. In 1986, I regained my focus on cartooning via a cartooning class at the College of Arts and Crafts in Oakland, and I haven’t stopped since. At that time, I created a cartoon character whom I still use; my work was published for awhile in the San Francisco Bay Guardian, and it was also published in the historic last edition of Wimmen’s Comix (Issue 17, 1991). In 2016, my work was included in the Complete Wimmen’s Comix, which won an Eisner Award (the Oscars of comics) in 2017 for Best Archival Collection/Project. In the late 80s, when I sent my work to various editors, I was often told that my content was problematic because I included both the personal and the political and that I had to choose one or the other. Later, I was rewarded for mixing the personal and the political when I was asked to do cartoons for AFT2121’s Union Action at City College San Francisco. In this context, it was impossible not to mix the political with the personal. My cartoons were part of the fight for City College’s survival when the ACCJC (Accrediting Commission for Junior and Community Colleges) tried to shut us down between 2012 and 2017. We were victorious in saving our college; I have been told that my cartoons helped morale during a very dark time for our college. In 2014, I was going through a bout of insomnia during which I would wake up at 4:30AM and do abstract ink drawings. I started scanning them in and adding Photoshop colors. The results are many of the abstract greeting card designs; the cat designs were inspired by my three feline children.

A big influence on my creativity is the cartoonist, Lynda Barry, and her course Writing the Unthinkable. One of her exercises is called Attendance Cards; the premise is to draw daily according to a prompt beginning with “Draw yourself as….”. You can view the attendance cards on this website. I retired from City College in May, 2017. I am ecstatically happy to have more time to work on my art and to begin marketing it. As Goethe (maybe) said, “Whatever you can do, or dream you can do, begin it. Boldness has genius, power, and magic in it. Begin it now."