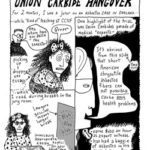 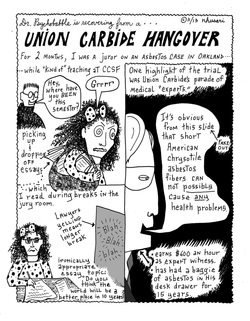 I want to write a little about “the trial” during the period when the paranoia is wearing off, but the edginess hasn’t. What a strange experience. I wasn’t physically sequestered, but I was emotionally sequestered. I couldn’t talk about the trial to anyone outside the courtroom. I couldn’t talk to the other jurors about anything beyond pleasantries. I talked to the cats a little, but they didn’t really understand.

What goes on in the courtroom is a form of art, but it’s also a blood sport (without the blood). It’s a theatrical performance, but it’s also like the Indonesian shadow puppet plays: the artistic arena where society gets to act out its shadow side. The shadow is definitely present in the drama of the American courtroom. It’s also like a gladiator battle. It was sort of disturbing to me that, as time went on, I found myself gearing up for the enjoyment of watching one lawyer or another marching up to the witness for cross examination. Going for the jugular. I felt like that scene in Lawrence of Arabia where he executes a man and afterwards says, “There was something about it I didn’t like.” When questioned about what that something was, he answered, “…that I enjoyed doing it.” I’ve been doing some pencil sketches of the whole process, but here’s the finished cartoon that I submitted to Union Action. The reason for the title “The Lost Season” is that I really felt like I lost an entire season of my life. It all started on September 3, when it was still hot and summery, and it ended on October 24, a week before the time change. There was also a bit of an aftermath, but that’s another story.

← Wacom, where have you been all my life?Social Drawing, the Google People, and Ethiopian Food →